A Remainder of One 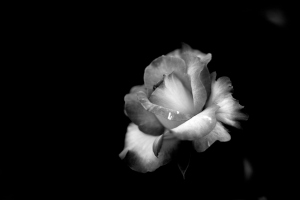 This week kinda sucked. My headspace went straight to hell about a week ago for some inexplicable reason. I realize this is not statistically significant – it happens to everyone on occasion, and I’m no different.

The only problem with this particular time for me was the fact that it’s careening headlong into the holiday season, which can exacerbate pretty much any emotional state that’s left of center for me. The holidays bring Golden Boy back into the neighborhood, along with my mother’s manipulative attempts to guilt me into doing whatever whim she’s focused on at the time. Last time she lied to both me and my sister, in an attempt to get me to attend the “family” gathering. My sister approached me a few years ago about not doing them anymore – I agreed, as our kids have grown apart, and everyone felt a bit forced. This was fine, but I should’ve seen her suggestion for what it really was, because now, the rest of my bio family gets together except for my crew. I’m sure I should feel upset and betrayed by that, but really? I actually find it funny.

But the impending tension does set me on edge. So when I wind up in a conversation with the Quilter on Sunday about the fact that I don’t have the capability to be “in love” with anyone, it took a slide and shoved it into a spiral. It wouldn’t have been a huge deal, but that conversation was then followed by a related one the following night with the Professor and the Scientist at dinner. Follow that up with the 6 month mark of the Moore, OK tornado that took Sydney, mix in a horrifically stressful week at work, and I’m pretty well done.

Feeling broken is something with which I’m quite familiar. I’ve written about it before. It’s still hard to explain though, to someone who thinks that the inability to be in love is a choice. This isn’t something that I’ve chosen; I am not denying myself some level of bliss by design. Instead, I stagger through my world, seeing people falling in love, having that light bulb turn on, and resent the fact that I can’t comprehend it. There was an internet essay about how a special needs child is like planning a trip to Paris and winding up in Holland. Different, but beautiful. For me, this is more about wanting desperately to plan a trip overseas, but being ineligible for a passport.

I’m not going to bore you by rehashing why I suck at marriage. You can always go read it if you want.

But seeing my kid struggle to comprehend why her mother isn’t in love with her father, and hates the concept of marriage, but has chosen to stay in it anyhow, really broke my heart. She worships her dad, as well she should, and she knows that it hurts him. I didn’t have the words to explain it to her any more than I could explain myself to the Quilter. All of my talents at “translating” information, which make me an amazing teacher, failed me.  There are things in my past that my kids will never know. No one knows some of the things in my past except the people who were there, and that’s the way it needs to stay. However, the Scientist will tell anyone who asks that I’m a “fabulous wife”, which amuses me to no end. It’s true that I try to be good to him. He is a truly wonderful man, as a father, as a person, and as the best friend I’ve ever had. I live with the guilt every single day, knowing the selfish choice I made and why I made it, but he has decided that this life with me is better than the alternative. I still feel, and will always feel, that he deserves better than me. People have tried to reason me out of that, and guess what? It hasn’t worked yet, and it won’t work. So save us both the hassle and the boredom, and don’t bother.

As much as I deplore a particular coke-headed neurologist who tried to pass his psychotic ramblings off as scientific fact, I do agree that we learn a basic sense of trust versus mistrust from day one. Your very first intimate relationships are with your caregivers and family, and when those relationships are destructive, that foundation is too damaged to hold up anything else. And like any other permanent structure, once it’s built, you can’t go back and fix the base. Laws of physics and all that.

Having this mess swirling in my head all week has definitely been a double edged sword. The one side of the blade is that it reinforced the fact that I am, by nature, a loner. I spent a lot of time in my head, ear-buds firmly tucked in, music blaring. However the other side of blade reminds me that, on occasion, as soothing as my solitude is, it can also be a lonely place. Despite the fact that I am almost never alone during the week (with the obvious exception of my hour-long commute to and from work), I felt little shards of loneliness slip in here and there. Such an odd feeling, as it’s quite rare!

As the week wound down, my headspace started to settle at least a little bit. Being swamped at work helped that, as I didn’t have time to brood about my messed up head. Some creativity this weekend is a priority, as that will help more than anything else.

At some point, I hope I can learn to realize that even though I’m broken, I’m functional – maybe even more so than some others!