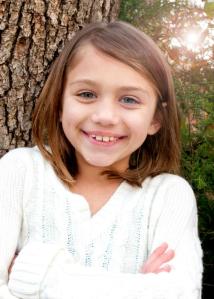 It’s been a really crappy few weeks. No way around it.  I’ve wanted to blog about so many things, and yet the words wouldn’t come. My fingers would be poised over my keyboard, ready to help my head and my heart process recent events. And nothing flowed. I’d force myself to type, then shake my head and erase. Why couldn’t I find the right things to say?

My trials and tribulations were nothing out of the ordinary: some family drama, some health stuff, some more family drama, some work stuff. Regular life, regular stress. I took some time this past weekend, and went to visit the Trainer, reveling in laughter, friendship, Labrador slobber, and photography. Definitely a healing few days.

Then I arrived home. I unpacked, chatted with the kids, and decided to play a bit on Facebook before heading to ponder dinner. A year or two ago, the Photographer and I created a closed group of like minded women, referred to as the Sisterhood, and I noticed a post from her. It asked everyone to pray hard and fast, as one of our own had been hit by a vicious tornado sweeping through Moore, OK. The Photographer and the Nurse had lived across the street from each other in Moore for the better part of five years. Their youngest kids grew up together as best friends, and the Nurse had been a perfect addition to our Sisterhood crew. The Photographer was on her way down to Moore, and I spoke with her as she drove. All of us worried together until we heard that the Nurse was safe, her husband was safe, and two of their three kids were safe with them. The third, Sydney, was in Plaza Towers Elementary School, where the Photographer’s own kid had attended years before. However, they received word that the kids had been evacuated to a few local churches, and that everyone would be reunited shortly.

The entire Sisterhood breathed a collective sigh of relief, while still feeling the slivers of panic that Syd wasn’t visible yet. Most of us are parents, and the mere idea of being separated from one of our kids at a time like that is chilling. But we clung to the fact that Syd was fine and we all went to bed with heavy hearts for the myriad of emotions that the people in Moore were feeling.

However, the next morning brought a chilling message. Syd was missing. She was not at any of the churches or shelters. The Sisterhood mobilized immediately, taking photos of Sydney and posting them with urgent requests to spread the word, share the photo. Somewhere, some first responder, some hospital worker, some law enforcement officer, had to see it and recognize her, right? For me, I broke my own personal rules. I do not send mass emails to friends, much less to people at work. Yet, I did both. I begged for help in making Syd’s photo go viral. Facebook, Twitter, whatever it took. We asked for retweets of her photo from celebrities. We emailed, we posted, we spammed. Anything to find this little girl.

Shortly after lunch, my phone showed a new text from the Photographer. Sydney’s body had been recovered from Plaza Towers, and her parents had positively identified her. My heart shattered in pieces, and I sobbed openly at my desk. Coworkers offered comfort, but I could barely speak. I re-sent those spam emails, this time with the news that the search was over. My numb fingers tapped out words that I couldn’t see through tears. The photo was taken down, the requests for assistance rescinded. The only thing that was left was grief and gratitude.

The grief is so sharp, so deep, and so enduring that it really needs no space dedicated to it. Sydney’s family will never be the same, no matter how much healing occurs. Her 11 year old sister and her 18 year old brother have lost a piece of themselves. Her parents will never hold their baby again. That can’t change.

What I really want to discuss is the gratitude. For what, you ask? How can I be thankful in a situation like this? In the face of grief so gripping, how can I be grateful?

But I am. I am grateful to coworkers, some of whom barely know me, who immediately posted Sydney’s photo and asked their own social media communities to spread it around. Those same people offered messages of sorrow when my second message was sent.

I am grateful to the strangers on Twitter, who retweeted Sydney’s photo without hesitation, widening the net of hope.

I am grateful to family and friends who have offered condolences not just through me, but to me. Syd wasn’t my child, and I didn’t know her personally. But as a friend of the Nurse and of the Photographer, as a parent, as a member of the Sisterhood, my own grief was palpable, too.

I am grateful to the Sisterhood. We have become even closer, pulling together to not just support the Nurse and the Photographer as they mourn, but also each other as well.

I am grateful to Erika Napoletano, of Redhead Writing. Her own personal generosity and immediate offer to share Sydney’s story on her own community has meant more donations to the family. She doesn’t know me, and she didn’t know Sydney, but it didn’t matter. Erika is the epitome of integrity and professionalism, and she has the kindest heart I’ve ever seen.

I am grateful to Kerry Vincent, who may be a stranger to most, but is well known to anyone who likes Food Network and baking. She and her husband have offered the use of their plane to fly people who cannot afford to buy tickets into OK for family funerals.

I am grateful to people who donated money to the Red Cross and also to Syd’s own family. Because it isn’t just people with ties to Moore, or to the families; it’s strangers who have never heard of Sydney, or even of Moore, OK before this week. I am grateful to the people bringing trucks full of supplies, of food and water, and of volunteers into this ravaged town. Their generosity will be what rebuilds this community.

I am grateful to the various companies and corporations who have offered supplies and services for free. Funeral homes, building supply stores, cleaning services, they’re all stepping up and showing that sometimes, it’s simply not about making a profit.

I am grateful to musicians who have shared themselves through benefit performances, fundraising, or even just a granted request for a sob-inducing song at a show. Some you may not know, such as TD, or Tylan, and some you may, such as those who participated in Healing in the Heartland, a country music benefit for the United Way. These artists work so hard to bring music to their fans, but they still remember people as individuals. From the rising stars such as TD and Tylan, to the mega-stars, such as Toby Keith and Usher, they all took the time to care.

In the coming weeks, months, even years, as the healing progresses and the outward signs of destruction fade, I truly hope that the sense of fellowship and community that appears during a tragedy can become more of a norm than an exception. It might be a naive wish, but right now, I’m going to keep it.

Comments on: "Calculating the Irrational" (11)